BC Government Announces PST Exemptions For the New LNG Facility 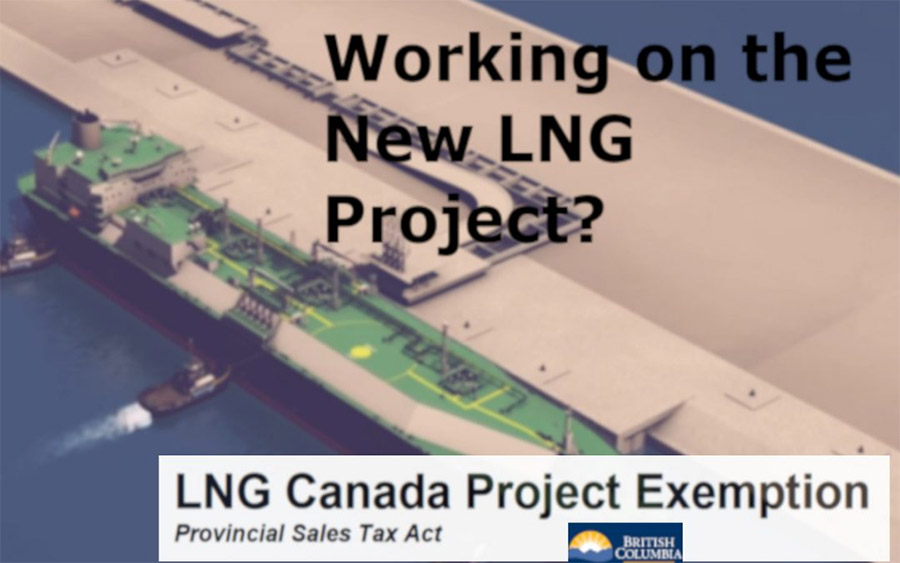 It’s not every day the government provides a blanket exemption from sales tax for a particular company or a certain activity. All that changed on October 2, after LNG Canada announced it would build a $40 billion LNG terminal at Prince Rupert. Shortly thereafter, the BC Government announced promised PST exemptions for goods to be used during the construction of the project.

Not only is this great news for Prince Rupert, it also means anybody involved in building the project can get a PST refund or exemption for goods purchased for use in the project.

What Goods Are Exempted?

What Project Activities are Included?

The project consists of:

The exemptions available are retroactive to October 2, 2018. They will run until October 2, 2025, or the date when at least two of the liquefaction trains are running, whichever is later.

You do not need to have a PST number to qualify for an exemption.

There are two ways to receive the exemption:

This information has been condensed and does not deal with all aspects of the program. For more information about this and to see if you qualify, please call us at 604.240.6173. We’d be happy to speak to you!